What is Merged Mining?

Merged mining is the act of using work done on another blockchain (the Parent) on one or more than one Auxiliary blockchain and to accept it as valid on its own chain, using Auxiliary Proof-of-Work (AuxPoW), which is the relationship between two blockchains for one to trust the other’s work as their own. The Parent blockchain does not need to be aware of the AuxPoW logic, as blocks submitted to it are still valid blocks [1].

As an example, the structure of merged mined blocks in Namecoin and Bitcoin is shown here [25]: 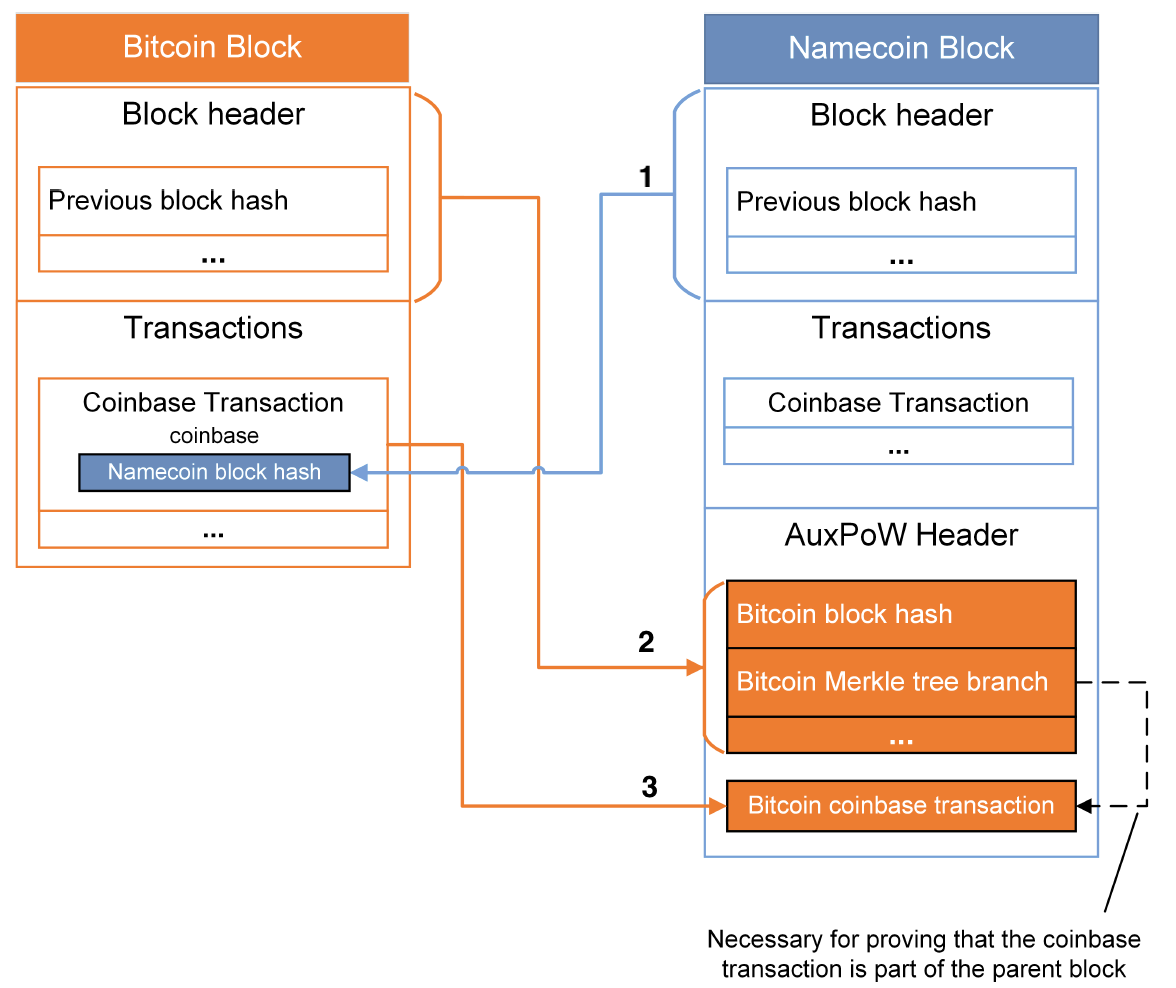 The propagation of Parent and Auxiliary blocks is totally independent and only governed by each chain’s difficulty level. As an example, the following diagram shows how this can play out in practice with Namecoin and Bitcoin when the Parent difficulty (DBTC) is more than the Auxiliary difficulty (DNMC). Note that BTC block 2’ did not become part of the Parent blockchain propagation.

NiceHash statistics for CryptoNight v7 [21] show a lag of two days for approximately 100,600 miners to get up to speed with providing the new hashing power after the Monero hard fork. 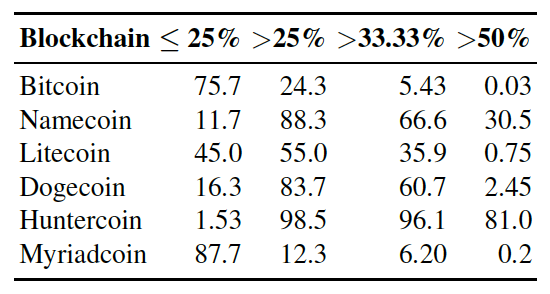 “Huntercoin: A Blockchain based Game World”

The blockchain scalability problem refers to the discussion concerning the limits on the transaction throughput.
mining

The purpose of merged mining is to allow the mining of more than one cryptocurrency without necessitating additional Proof-of-Work effort.
mining

The purpose of merged mining is to allow the mining of more than one cryptocurrency without necessitating additional Proof-of-Work effort.
mining